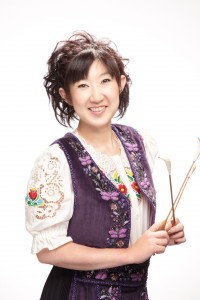 The popular concert program in the annex hall of the Kyoto Museum of Culture We arrange the program of the concert in Kyoto last month, and deliver the sound of Tsim Baron in Tokyo! E
njoy the melancholy timbre of Eastern Europe with Beethoven, 250 years after his birth. In
order to prevent infection, we will hold a large number of se
ats. If you are going out, please contact us as soon as possible.

After graduating from the National Music University, he studied abroad in Vienna. While studying under M. Cresist, Professor of the Vienna State University of Music, he participated in O. Meisenberg and many other international master classes. He has performed in various parts of Europe, including consecutive recitals in Vienna and participation in the Pianist Marathon in Barcelona. After returning to Japan, he became active in solo and duo. Clare Hall, University of Cambridge, England, where he stayed from 2004 to 2005, has been well-received for his several concerts. Toko Toyoda, the late Toyuko In the deep sea, Tossiko Kirio, M. He ed. with Mr. Klist and the late J.F. Alonso. In September 2020, she performed together at the Kyoto Museum at the Junko Sakimura Tsim baron recital and was well received.

Graduated from the Department of Percussion, National College of Music. He mastered marimba with Akiko Suzuki, Toko Kusakari, Nobu1 Ueno and Tomoyuki Okada. He edging Tsim Barom to Ms. Keiko Kano. After graduation, starting with his 1990 recital, he has been actively working on such films as Stravinsky's "The Kitsune" (Japanese version), Kurtak's "Stefan's Tomb", "Concheltante" and Costello's "IL SONGO" premiere in Japan. Overseas, he participated in the 3rd World Tsimbalom Congles (1995) held in Slovakia as a national team, appeared on Slovak television, was taken up by Prauda, and performed in Germany, Switzerland, Canada and China.

was planned so that the audience can feel close to the music with talented mid-career pianists. With classical music tending to deviate from the audience these days, we opened a presentation space for talented pianists who are studying hard, and in the form of salons (many of the works before the Romantics were performed by a small number of people in the home.) Please enjoy a concert in which you can hear the breath of different performers from the large hall of 1000 to 2000 people in a concert series that returns to the origin of feeling, feeling, and thinking in music while feeling close to the audience

-Eleven, and go from the corner to the second house. If you are us

ing a taxi, please get off at Keido Station. https://www.karurahall.com/