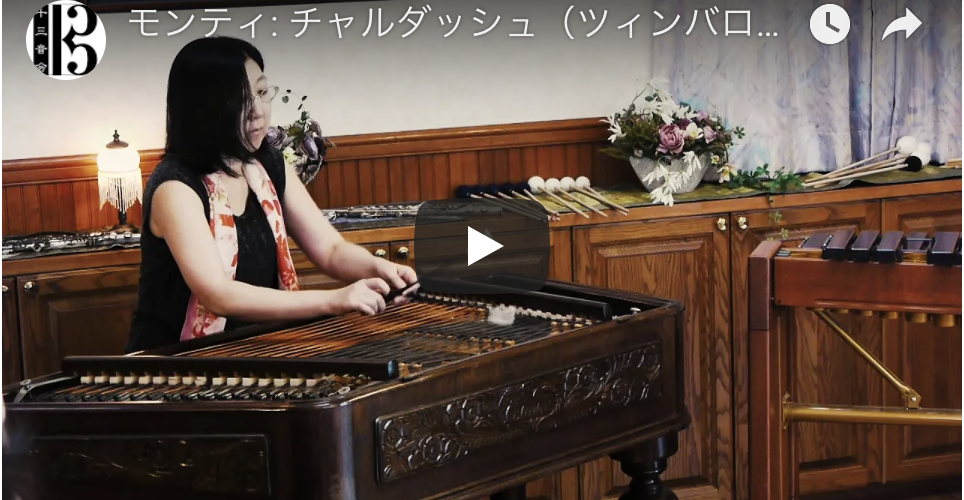 I played Monty’s “Csárdás” in the second stream “Da Capo” of the Thirteen Sound society.

In 1957, I (Junko) was a member of the music enthusiast’s grandfather, who was formerly a large pianist, Hiroko Nakamura, who died the year before last.

It is the third live recording of the Thirteen Sound Society da Capo.

Original melody by Italy composer, Monty is a song for the mandolin, but it is a song that has been arranged and played in various musical instruments.The Chardash is a musical style of Hungary origin.Based on the song that the soldiers were dancing for the soldiers in the tavern (Hungary “Chalda”), the composer Roija mark was stylized in the nineteenth century, and at that time, the outbreak was extremely prevalent in Vienna and other European countries The Court of Vienna had promulgated the Law of the Prohibition Csárdás temporary.

Speaking of the 19th century Hungary, we have to remember the “Zingbaron” that emerged as a symbol of the national movement.In this performance, we usually play with the accompaniment of the main melody, which often goes to accompany.

In addition, this time, I was able to perform with the “Queen of the Marimba” with the teacher and child mowing.It may be a long time since I published my marimba performance.The Tico-Tico is accompanied by five mallet.Please enjoy together.